This creative intervention was my final project for the course Creative Industries during my semester in Santiago de Chile.

The main idea of the project was that we held or became memory cards with photos of various locations in Santiago. The people playing the game would need to find pairs, and after doing so they could write down or draw their thoughts and feelings about that location. Because this was at a time before the protests started the project would still undergo a lot of changes before reaching its final form.

Because of the protests the focus of the project shifted from experiencing and rediscovering Santiago to expressing and sharing feelings with regards to the turbulently changing social situation. We settled on the idea that we held the cards, and that they would be made with materials used in the protests.

Furthermore, we decided to make pairs with old and new versions of the same locations instead of different ones. Finally, to really add to the topic of protest, every card was made unique with its own protest slogan. The class was divided into several groups who each got to work on a different part of the project. I was part of the Content group, whose focus was to think of, suggest and structure the content of the game. 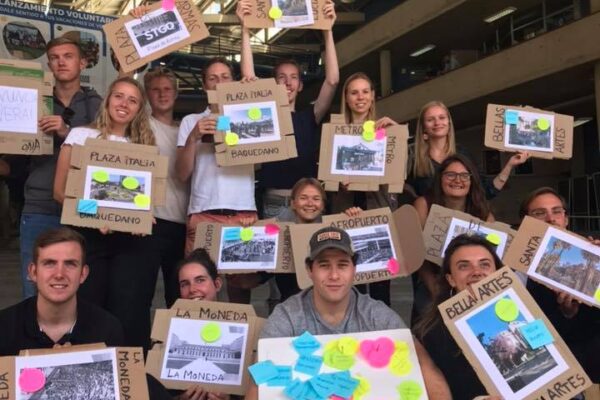 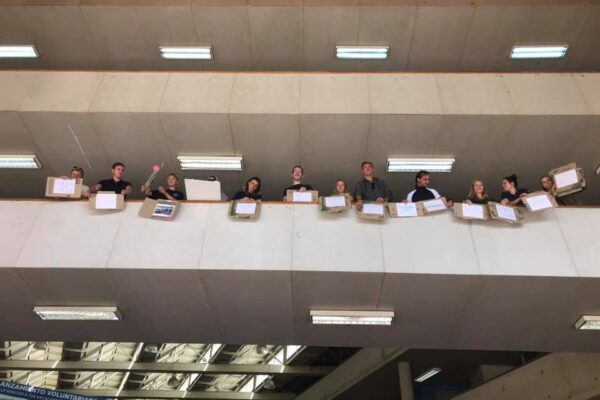 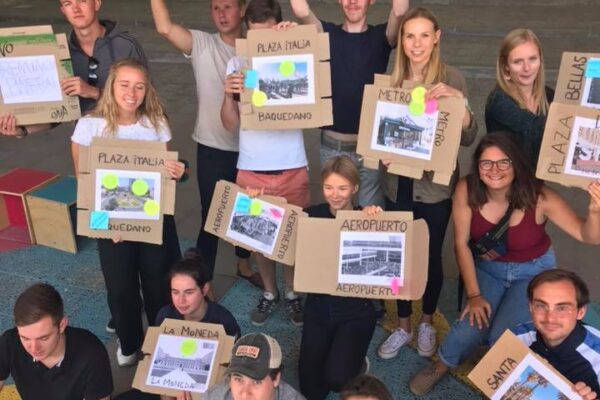